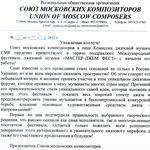 From the letter to the Festival Organizing Committe (June, 7, 2013)

«The news about this project became a sensation not only in Russia, Ukraine and all over the world jazz space! This is evidenced by the unprecedented interest of musicians all over the world and willingness to participate in this unique jazz forum!

The reason for its appeal was the uniqueness of the idea, which lies at the base of the festival is to show the full range of jazz musicians and demonstrate the ability to hold an uncompromising competitive fight major artistic medium of jazz-improvisation!

First days confirmed the correctness of the chosen creative solutions that praised as the performers themselves, as well as numerous festival goers... 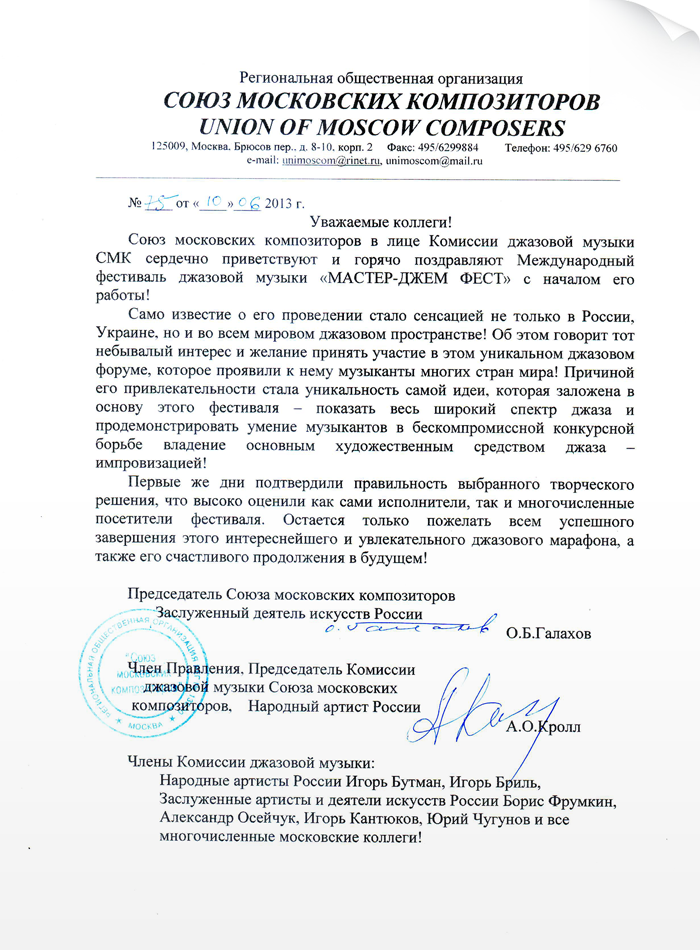