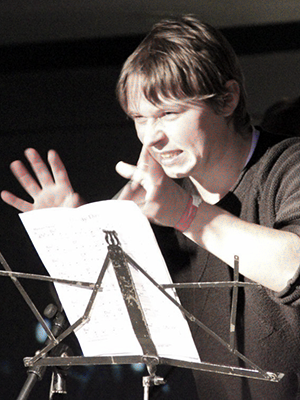 In 2007 he was the finalist of the competition Dodj Junior, marked out as the best keyboard player, two times the winner of the first place at Rostislav Kabanchenko’s competition. He has graduated from the Donetsk Musical Academy, trained in the mainstream department. He is also a bachelor of classical departament of the Odessa Music Academy. Alexander was the participant of the Jazz Carnival in Odessa on a scene near the Odessa Opera Theatre. He composes in style close to fusion. Alexander has organized the musical project “The Top of the Depths”: Sergey Akunin – sax, Igor Tchebotaryov – drums, Mikhail Kalinin – guitar, Julia Deryabina (Berlin) – vocal, Kirill Molodetsky – bass.