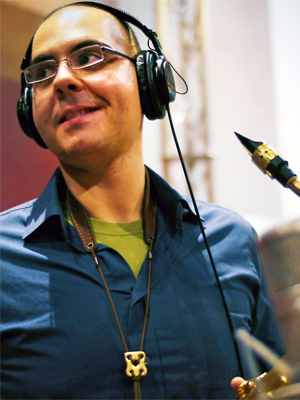 Born in Malta in 1988. Over recent years Carlo Muscat has performed with numerous established artists such as renowned drummer Charles ‘City’ Gatt, Sandro Zerafa, Joe Debono, Dominic Galea, Paul Abela, Lionel Boccara, M?ty?s Szandai, Yoni Zelnik, David Fettmann and Guillaume Naud, amongst others. Notable local performances include the 2011 Malta jazz festival, the 2011 Manoel Theatre Concert, both under the direction of Dominic Galea, as well as the 2012 Malta jazz festival as co-leader and the 2013 Fringe Concert, both together with renowned artists Lionel Boccara, M?ty?s Szandai, and Joe Debono.
2013 he moved to Paris to pursue a career in jazz whilst furthering his studies. During this period he recorded with pianist Julien Coriatt, and performed live at numerous venues with his quintet featuring Daniele Raimondi, Simon Martineau, Sava Medan and Cl?ment Brajtman. In Paris, he has recently recorded the first volume of The Sound Catalogues, an artistic concept developed in 2012.