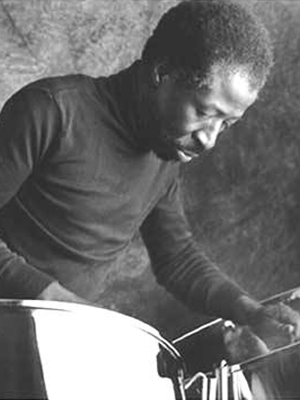 
Clyde (Lightning) George (steelpan, Trinidad and Tobago)
The Sweet sound of a Marshall Pan played by a master panman