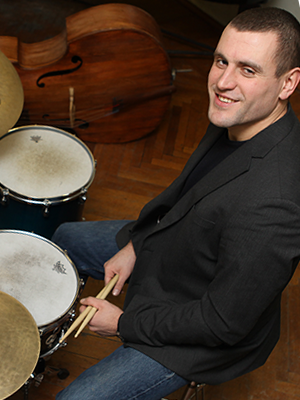 Dmitry Strelianny tirelessly learns, studies, observes, takes notes, and finds inspiration from the perceptions of others, from their sound and their history. In the future he plans to spend more time writing music that synthesizes and transforms many influences from which he emerged.After listening for the first time to groups from New York led by masters like Max Roach, Art Blakey, Ray Brown, The Thad Jones - Mel Lewis Orchestra, Lee Morgan, Dmitry knew where he wanted to go next.Being as a student at the jazz department Conservatory of Amsterdam, and Conservatory of Groningen Dmitry have met a lot of great musicians from all over the World.With his band, that provides him the opportunity to explore and expand his own thoughts in music Dmitry relishes a sense of open-mindedness. He has listened to lots of different musical styles as long as he remembers. He continues to absorb all these influences and in doing so create his own voice - by combining their forces into a harmonic whole.