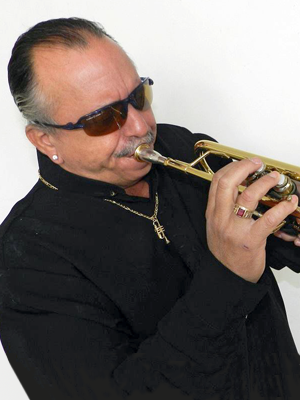 Fran Dom?nguez was born in March 4, 1956, in Vedado, Havana Cuba. He completed his musical studies at the "Conservatoire of music of la Habana Amadeo Roldan", he was a pupil of the great trumpeter Jorge Varona founder of the famous group "Irakere", received support to improve their tessitura or registry of acute notes on the trumpet of the "Arturo Sandoval" grandmaster who is also influenced something.Fran Dom?nguez, formed part of the world-renowned Cuban group "Laye" for 10 years, in which ventured many facets of music like rumba, son, guaracha, cumbia, mambo and jazz which has always captivated him. In the group in addition to having learned a lot from the world of the show, led him to visit several countries in Europe and America, as Panama, Canada, Austria, Chile, Guatemala, Brazil and Mexico often until he decided to choose as second homeland, which, he says, feels grateful for giving you great opportunities to live and be happy.He was retired for six years of the musical environment and without playing the trumpet by health issues, but already now recovered and with more power is back, as it manifests itself with a lot of effort, dedication, displaying great potential of emotions and talent bringing us an interesting musical project that contains a mixture of Smoothjazz with Afro-Cuban elements, incorporating melodies, sound and improvisations of great quality.