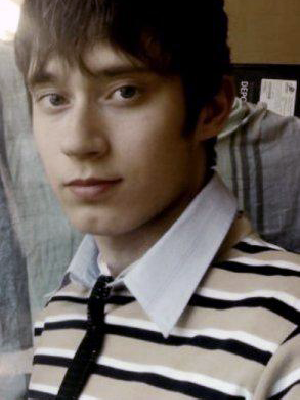 Ilya Shcheklein was born in Ivanovo in a family of musicians in 1988. Since his childhood he fell in love with music, improvised, began to study at music school from 5 years. Ilya ended Ivanovo musical school being trained in a classical piano. Ilya graduated from this college with honors. Ilya Shcheklein - the graduate of faculty "Musical art of variety" of the St. Petersburg university of culture and art on a class of the associate professor, the honored artist of Russia P. Kornev. Despite his young age, Ilya Shcheklein is an in-demand and respectful jazz musician in St. Petersburg, he works as a teacher of a jazz piano in St. Petersburg University of culture and art. He plays as the soloist, and in various ensembles at different concert venues: scene of the St. Petersburg philharmonic hall of D. Shostakovich, Sheremetyevsky palace, the Concert hall "At Finnish", Concert Hall of Polytechnical University, Ice arena, Yubileyny Sports palace, etc., and also in jazz clubs of St. Petersburg, Moscow and the cities of the close and far abroad. Ilya repeatedly took part in the concert program of a celebration "Scarlet sails". In 2010 Ilya participated in the concert devoted to celebration of 75-year anniversary of the composer, the national actor of the Russian Federation V. M. Lebedev. Ilya Shcheklein works in such styles as jazz, new jazz, funk, fusion, cinematic music, cooperates with the best and famous St. Petersburg, Moscow and foreign jazz musicians. Some Ilya’s works could be heard in short films.
Even the most known jazz standards or any popular music in his hands become as again recovered. Besides songs interpreted by Ilya he has own music, which is not less touching and expressive. Ilya Shcheklein's music very deep and pervasive; the sounds are proceeding from his heart. Ilya's music turns out inexhaustibly colorful. His musicianship affects the listener as if refreshing droplets. Music in his heart is like a waterfall abounding with freshness and a fragrance…