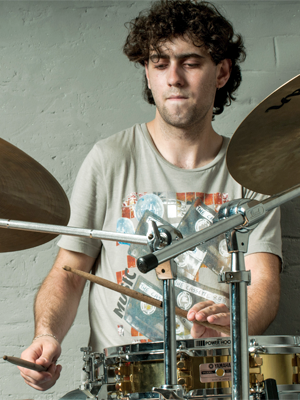 
Konstantin Voynov (drums, Russia)
I try to shift the emphasis from production music to perception