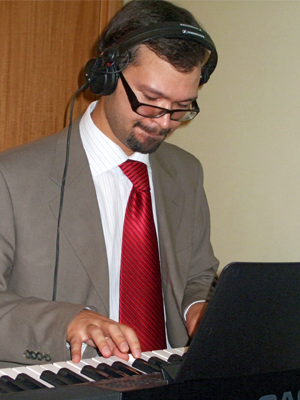 Marsel Barannik (piano, Kazakhstan)
Marsel is a winner of numerous prizes and diplomas for his performing. One of them is “for bandability”.