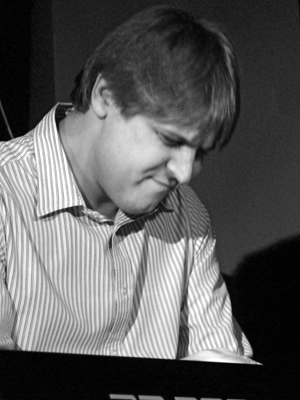 Graduated Odessa conservatoire in 2002, started working in the Children's music school #1 in 2002 as an accompanist and a teacher, where in 2007 established and headed jazz department. Vadim Bessarab's disciples has repeatedly become many International Jazz festivals laureates. From 2003 till 2009 had been teaching in Odessa music college at the pop/jazz department. Has repeatedly become International Jazz Festival 'Jaliton' (Yalta) laureate. Performed solo programs and also in composition of duet, trio, quartet in different Ukraine, Bulgaria, Poland cities. Also was a participant of jazz master-classes in Poland and Ukraine. Is an author of dozens compositions which has been successfully performed and a part of them was included in the mutual demo-album 'On Air' (2010) with contrabassist M. Kondratiev. In 2012 recorded a solo-album 'Pianissimo'.