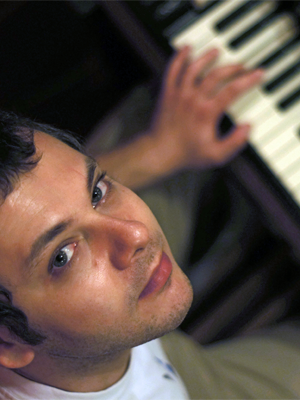 One of the best young jazz musicians in Moscow, multi-instrumentalist Vladimir Nesterenko is nearly the only professional jazz organist in Russia - Laureate Prize of the Jazz Journalists Association in Russia 'JazzUho' in the nomination 'Russian Jazz Prospect', laureate of many other jazz contests: the First International jazz contest 'DoDj' Grand Prix (Donetsk, 2001), the first prize in the All-Russian jazz musicians contest (Rostov-on-Don, 2003) and other festivals and contests, such as:

In March, 2005 passed two-week training in the New School University (New York, USA), during which he participated in New York clubs concerts, among them Blue Note, also performed with such jazz masters as Clark Terry, Jimmy Heath, Kenny Barron.

Since 2003 he has been teaching in Moscow Institute of Modern Arts in Russian Gnesin's Academy of Music.

Vladimir's creational credo is 'The permanent search of new and non-standard ideas on the one hand and musical decisions, on the other hand is the most sincere respect to the jazz 'roots', the basis of the richest jazz traditions and academic music'.