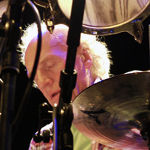 Vladimir Tarasov — a legendary musician of the modern jazz, capable to create on various percussion instruments (from miniature bells to full drum set) the macrocosm and microcosm of sound, has been recognized in many countries as a Master and Artist of Sound, philosopher and conceptualist of modern improvisational music.

The main stages of the creative biography are associated with 15 years of innovative research and findings on the development of musical language of free jazz in the formation of the GTC trio with Vyacheslav Ganelin and Vladimir Chekasin, and at the end of that period — independent multilateral activities in different fields of art. The depth of creative incarnations of Vladimir Tarasov’s interests is revealed not only in the field of contemporary music, but also in the field of poetry, painting, performance, literature, directing. The era of the unique success of the GTC trio is described in the book «Trio» (1998, Vilnius; 2004, Moscow) and . In 2009 Tarasov received the Triumph Prize — Russia’s independent Prize for achievements in the field of literature and art. In 1989 the director Svyatoslav Chekin did the movie «Vladimir Tarasov’s 634 strokes». Tarasov combines performing activities with teaching — he gives a course in schools of major cities of Germany, France, the U.S.A. and, of course, Lithuania.

In the 90’s, he repeatedly received grants for the development of creative projects from the Music Academy in Stuttgart and the Artistic Centre of Civitella Ranieri, Italy.

Working 4 years as the artistic director of the Russian Drama Theatre of Lithuania, he carried out productions of an opera and a drama play.

In 1992, in New York, he has embodied the concept of the «water music» in an unusual performance.
Vladimir Tarasov regularly performs in solo projects and in a wide variety of formations in different cities of the world.


On 28 April in the Odessa Theatre of Musical Comedy, for the first time he is going to present the author’s play «Summit» with the jazz orchestra conducted by Nikolay Goloshchapov. 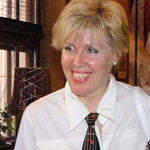 
We would be grateful for your feedback!