The American saxophonist Jay Rodriguez, nominated for Grammy, the participant of Master-Jam Fest, will make workshop in Ukraine. 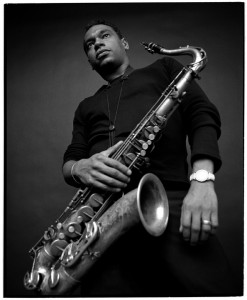 Hernan Jay Rodriguez (USA) — the American saxophonist, flutist and clarinetist with Colombian origins, the founder and member of the well-known New York City’s «Groove Collective», has been nominated twice for a Grammy under the best jazz solo category.

He has been being a part of the fabric of the NYC music scene in many genres as an arranger and soloist for the past 30 years...
Some of Jay’s achievements have been included into the «Encyclopedia of Jazz» (authors: Leonard Feather and Ira Gitler). 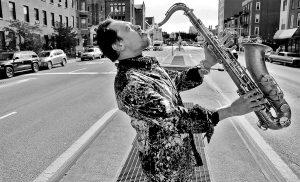 «Prolific. Prodigal. Profound. That is Jay Rodriguez. Sometimes the sound is explosive, wild and full of fury, other times his music aches with a passion that’s painful and bare. Always modest and reverent, Rodriguez harnesses the unbridled audacity of youth and melds it with the uncanny discipline of a hardened New York jazz veteran. Married to the song while sleeping with the groove, his sound sings of commitment to an ideal—it is spontaneity, culturally untethered and unpretentious, the excitement of far flung love at all costs. It is perfectionism kissed by chaos.» — Michael Gelfand.

The Workshop of Mr. Rodriguez is aimed to the wide circle of musicians (not only saxophonists).

Master-class, by his words, will be dedicated to:

Jay Rodriguez will take part at the «Master-Jam Fest» Live Final from 5th to 8th of June in Odessa (UA), and will make the workshop with all musicians and jazz lovers in June 9 at 12:00 in Odessa (Great Hall of the Odessa College of Art and Culture named aft. K. Dankevich (Dvoryanska 32 str).

The enter and participation at the workshop is free.