Odessa jazz orchestra directed by Nikolay Goloshchapov will open the jazz marathon on 26th of April. Under the assessment of the director, the group has become «jazz national team» of our city, where both students and teachers are performing, as well as the alumni of the Faculty of variety theatre in the art school named after Dankevich K. F. 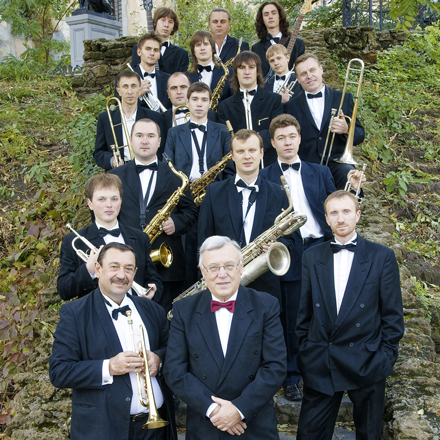 The repertoire of the orchestra consists of very difficult compositions for Big Band that are performed by highly professional groups from all over the world. Nevertheless, each performance is complemented with the new compositions. In the beginning of the concert, the orchestra will perform three new plays that will be directed by Alexey Petukhov, the successor of Nikolay Goloschapov. For the first time Alexey will combine conduction of the orchestra and solo piano, and also the guests will join the permanent soloists in the Big Band.

Alexey Petukhov will also perform a program as part of the trio with Maxim Kondratiev (contrabass) and Valeriy Negovora (drums) and with the soloists — Dmitriy Alexandrov (sax, Kiev), Nelly Manukyan (flute, Yerevan).