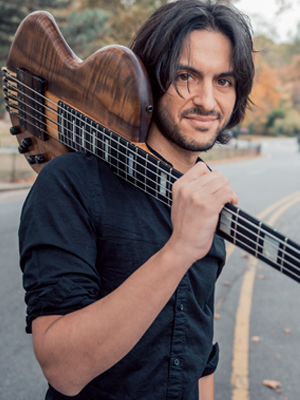 Andres is a bassist from Argentina based in New York City. He graduated from Berklee College of Music in 2007 where he was awarded with the Outstanding Performer Award and the Charles Mingus Award. Andres plays in the Jazz, Latin Jazz, R&B and World Music scene and has played in venues such as Blue Note Jazz Club, Carnegie Hall, Lincoln Center, Latin Grammys, Apollo Theater, Nokia Theater and Boston Symphony Hall. He frequently teaches online music lessons live on Twitcam (open to everyone, although most of the times it is in Spanish). He likes to play solo bass music as well as duets with singers.