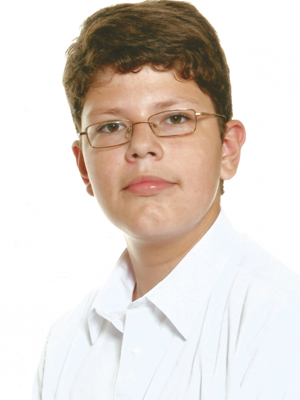 Anton is only 14 years old jazzman, but he has already written 2 own albums of records as a composer. He has been playing piano since 2004, and studied jazz in both Almaty (Kazakhstan) and Moscow (Russia) and continued his education after moved to UK in ROYAL ACADEMY of Music. He developed interest in playing and composing jazz, when he was nine and won a number of first prizes at several international music festivals in Russia, Bulgaria and UK. In UK he studies also in Russian-British Music Academy "Musica Nova" and he has successfully passed 8 ABRSM exams. He is also taking jazz improvisation lessons and play in PPS Jazz band with Mike O\'Neill - Jazz piano and often participates in school concerts playing both solo and in ensemble. He says: “I only turned fourteen in February 2014 but I hope my age could be waived given my previous achievements”.