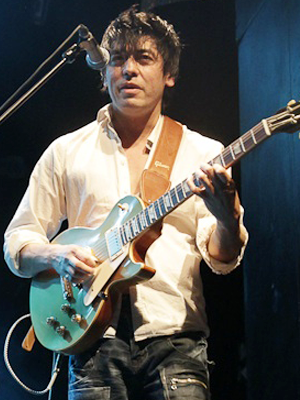 Cristobal started studying music (cello, composition, classical..) at age 9 and picked the guitar at 12. He is self taught on guitar, and he has been working as a professional since age 17. He did many recordings, both as a guitarist and producer and been performing live in 20 countries (Europe, Asia, The middle East, Africa, the USA) with different artists and his own bands. He recently released the first album of his band "KEJALEO" (flamenco jazz fusion) entitled "Alaire", with whom he performed in several international festivals such as: Live at Blue Bay (Koktebel, Ukraine, 2012), Jarasum (South Korea, 2013), International Jazz Festival GG Jazz II (Krasnodar, Russia, 2013), Madrid and Barcelona international jazz Festival (Spain, 2012, 2013), Lugo international Jazz festival (Spain, 2013) and others.