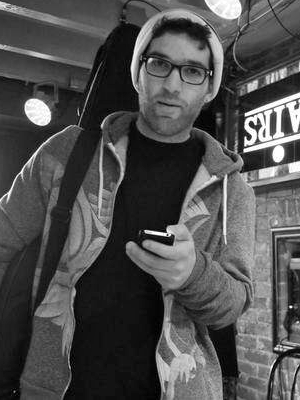 Guitarist and composer David Blake is an emerging talent based in Vancouver B.C.’s vibrant jazz scene. He has performed in venues across the country including Vancouver's Cellar Jazz Club, Toronto's The Rex, Montreal's Upstairs, The National Music Center in Calgary, Edmonton's Yardbird Suite and many more.
David's compositions have been performed by various groups which have been featured in the Vancouver International Jazz Festival, and other festivals around B.C. For the past two years, David has hosted Vancouver's longest running jazz jam session at Goldie's Pizza in downtown Vancouver. He is about to release his debut CD "Next Year People" which will feature 8 original compositions as well as one standard.
He is currently working with his own trio as well as the Jaclyn Guillou Quintet, and as a side man in many other projects. David has had the great fortune to study with some of Canada's finest musicians, composers and improvisers. In Vancouver, he has studied with Bill Coon, Ross Taggart, Bob Murphy and Ihor Kukurudza. He also spent some time in Toronto where he was able to study with guitarist and composer David Occhipinti. David has been privileged to share the stage with many great musicians including Don Thompson, Ernie Watts, Randy Porter, Brad Turner, Phil Dwyer, Jim Lewis, Jaclyn Guillou, Bruno Hubert, Chad Makela, Evan Arntzen, Kevin Elaschuck and more.