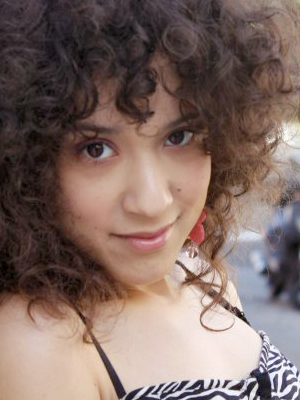 Faustina Abad-Sokolov is an award-winning vocalist and composer from Israel. On May 2013 she graduated on a full scholarship from Berklee College of Music in Boston, U.S.A, where she had the opportunity to collaborate with some of the best talents of today’s music scene. She is the winner of the international Jazz competition “Massimo Urbani Awards” (2005) in Italy. And was invited to perform in many festivals such as: “Umbria Jazz Festival” (2006) in Orvieto, Italy,“Donna in Jazz Festival” (2006) in Lucca, Italy. She received a special invitation by Vladimir Spivakov to perform at the “Moscow Meets Friends-Gala Concert “(2008) in Moscow, Russia. Recently she was active in Boston and New York, performing in many venues with different bands showcasing her first self-titled EP “Faustina”.

She is only 23 and by now already developed her international singing career and is currently working on her new Jazz/World EP. She performs with different types of music styles- starting from ancient Jewish/folk material to Spanish and Afro-Latin grooves and original soulful R&B.