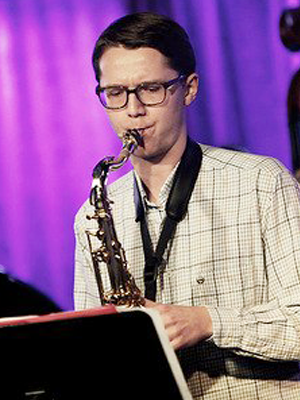 Ivan Baryshnikov - a jazz-oriented musician, composer and arranger from Moscow. A leader of the jazz quintet. Currently performs at various concert venues from small jazz clubs to the Moscow International House of Music.

Achievements:
- Winner of the international contest Gnesin Jazz in 2013 and 2014
- Nominee of the international contest «Jazz World» in 2014
- A participant of Manhattan School of Music program at the Conservatory of Amsterdam (Summer Jazz Workshop 2013, 2014)
- A participant of Russian - British project ‘The Matthew Herbert All Russian Bigband’ (performances in Moscow and London in 2012)
- Performed with The Brubeck Brothers in Moscow, 2012