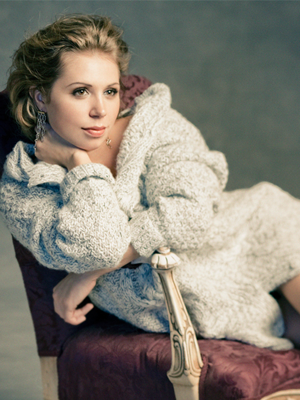 In 2009 Jaclyn was the recipient of the CBC Galaxie Rising Star Award from her very first performance at a jazz festival, the Vancouver International Jazz Festival. She performed several of her own compositions and has been gaining serious recognition in Canada as one of the emerging talents in the country. Most recently she became a top 5 finalist in the Made In NY Jazz competition and just returned from a successful Belgian tour where she recorded a new album with her Belgian/Canadian project.
She has toured throughout Europe, Canada and the USA in some of the most prestigious jazz clubs, festivals and cities with shows at Yoshi's San Francisco, Birdland Jazz Club, Rataplan in Belgium, L'Inoui in Luxembourg, Yardbird Suite, Cory Weeds’ Cellar Jazz Club, The Rex Jazz Club, Hermann’s Jazz Club, Vernon Jazz Club, Beat Niq Jazz Club, and Uptown Kitchener-Waterloo Jazz Festival.
She has had the pleasure of studying with some of the world’s best jazz singers which include American vocal luminaries Nancy King, Sheila Jordan and Vancouver’s very own Jennifer Scott. Jaclyn started her career at the age of 10 performing in musicals as a triple threat performer, being equally talented as a dancer, singer and actress. She had a successful professional career of 15 years performing musicals worldwide. Her former training as an award winning tap dancer and classically trained opera singer gave her the undeniable skills and stage presence that she brings to her current music career as a jazz vocalist.
In 2011 Jaclyn released her first album, To The City, a collection of original songs and unusual arrangements of jazz standards. Jaclyn was invited to perform as the featured vocalist for a tribute concert to Dinah Washington which was recorded at CBC Studios for the tv series Absolutely Vancouver which has aired several times on television.