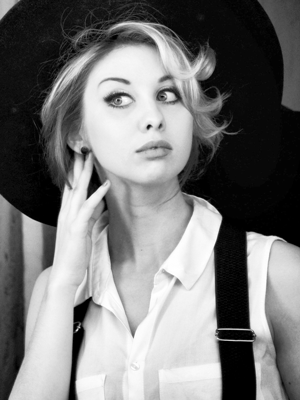 Kristina was born in Ukraine, Lugansk. Since childhood she showed a love for music. That is why parents have given three year old Kristina to a children\'s musical group "The Little Grain". After a few years she went in the music school. Performing together with the group at international festivals Kristina won the first prizes. In 2006, she went in the College of Music LOKKI simultaneously into two branches: the pop-jazz vocals and pop-jazz piano. Being a college student, she actively performed with big band, became a laureate of various jazz competitions (Donetsk, Kiev), visited the jazz master classes in Europe (Prague, Krakow). After graduating the college, Kristina went to Moscow and entered the Gnesin Academy of Music. Performing in jazz clubs in Moscow, she has declared herself as a musician with a sense of style, bright tone, attractive charisma and creative freedom. Ukrainian folk music has a huge influence on her work, so Kristina experimenting with styles, finding new colors. Christina recently settled in the northern capital, and has managed to work with the most outstanding musicians.