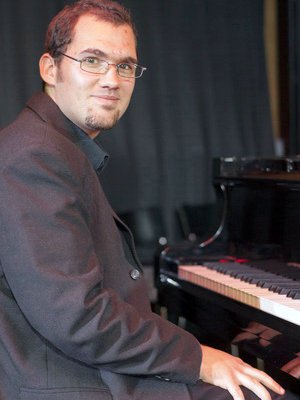 Lajos Toth is originally from Hungary. He is studying jazz piano at the Kunst Universitet Graz. He started his third year. Before the university Lajos played many style of music. For example rock, funk, bigband music, raggae, traditional Hungarin music. He learned classic for 12 years. Now he plays with different jazz bands in Graz. In 2011 he had a chance to play with his trio in a final round of the Azoty Tarnow jazz contest. In 2012 they won the Best band prize on the 5th international Student jazzfest in Tirgu Mures in Romania, and he won the best instrumental performer prize. This year he created his own quartet.