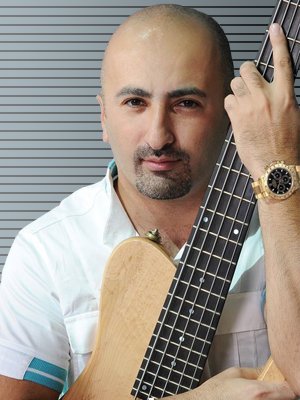 Ruslan Huseynov is a bass-guitar player and a contrabassist.
He started studying music as a classical guitar player, but at the age of 16 continued with bass guitar and later with contrabass. He could always easily adapt to brand new genres. It let him, as an all-class musician, play with all of the jazz performers of the country, perform on various stages of such countries, as Germany, France, Austria, USA etc. Besides performing jazz projects, also plays ethno-jazz projects. National Azerbaijan folklore and mugham influenced his playing.