The International Festival-Contest of Jazz Improvisation «Master-Jam Fest» continues the Online Preselection of the season 2013–2014.

MJF — is the First in the practice of the world jazz community annual year-round Festival-contest which uses global communication capabilities of the Internet.

MJF — is the International Festival-contest. The first season was attended by 271 talented improvisers from 41 countries of the world!

MJF — is the Conceptually new project. It is based on the principle of jam-session. This is both a serious professional skills competition and festival.

The Internet round — is completely interactive and takes place in the Internet space. Registration for participation in the Festival-contest is free of charge for musicians. Members of the jury and the audience get acquainted with the participants on the project website. The Live Final round will be held in one of the world «jazz» cities.

All the expenses associated with travel and accommodation of those participants,
who passed to the final round, are covered by the festival organisers.

The first final of MJF was held in Odessa in June 2013. For the first time of the world jazz festivals’ practice more than 40 bright improvisers from 16 countries met and united in star music bands to determine the best one in the drive atmosphere. Also premieres, art-projects presentations, workshops were held during Festival days. MJF Final days were accompanied by TV and Internet broadcasts. The project became a striking phenomenon of the jazz community. There are the authoritative reviews of jazz critics, many positive comments of spectators and 1,000 publications in the world Media.

This project is a present to all, who love Jazz, from the author and producer of  the  legendary “Odessa ” Mikhail Freidlin and the team of MJF creators.

MJF is based on jam session principle. Only individual musicians—improvisers (instrumentalists and vocalists) are invited to participate in it. Each competitive day unfamiliar musicians able to create spontaneously are brought together in ensembles by drawing lots. During competitive days of the final round, improvisers display their improvisational and ensemble abilities in different jazz styles — swing, bebop, Latin jazz, jazz ballad, fusion, jazz rock, funk, and others. It is planned to dedicate an additional competition day for the category «New musical instruments and techniques».

New competition day — new jazz stylistic and new ensembles from the list of all the contestants. The Festival is completed by a Gala-concert of the Festival-contest winners. Eminent guests of the Festival take part in the concert program. This day, winners awarding and Grand Prix handing is held.
The international jury and organizing committee of the Festival-contest will include leading jazz experts, educators, journalists, renowned jazz musicians and well-known jazz connoisseurs.

MJF is accompanied by TV and Internet broadcasts.

Mission of MJF is spotting the best improvising jazz artists and giving broad public recognition of their talent, increasing the commercial value of the jazz «product» and spreading the idea of improvisation as an essential quality of contemporary way of thinking.

The goal of the project is attracting the interest of the international community through the Internet and other mass-media to the Festival and professional jazz musicians participating in it.
Due to its specific cultural and creative mission, the project is actively being discussed in social networks and on the pages of popular jazz Internet portals. Professionals and lovers of jazz from more than 150 countries of the world are following this project. The Festival is supported by major jazz world portals, as well as international cultural centres and art associations.

MJF is
— an international jam-session of the world scale;
— the unique opportunity to play with talented jazz musicians from all over the world within one band;
— an opportunity to demonstrate your improvisational abilities and declare yourself to the jazz community from 150 countries of the world;
— a a strong impetus to your career as a jazz musician;
— prizes, awards and many more.

Terms and conditions of the festival-contest
The instruction for participants 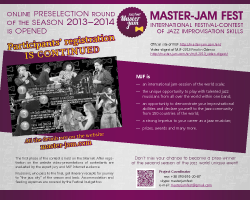 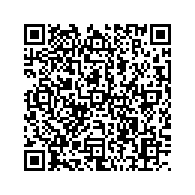