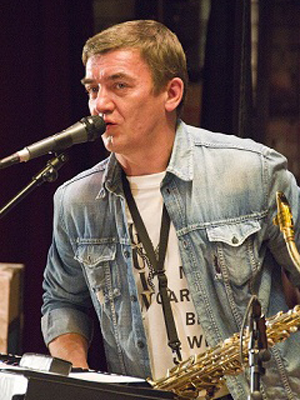 “I studied and played music since childhood. Inspired by Aleksey Kozlov and group "Arsenal" creativity I started to learn tenor-sax. In 1992 I recorded my first author album at the studio. In 1993 I was accepted into the Russian Authors Community. Since 1994 till 1998 I was working in rock-group “Session” as a saxophonist. Then after a solo-career period, in 2008 the ensemble “JAZZ HALL” was created, whose musical director I am till today. In the autumn of this year I started learning baritone-sax. My favourite genres are mainstream, cool, jazz-rock and blues.”