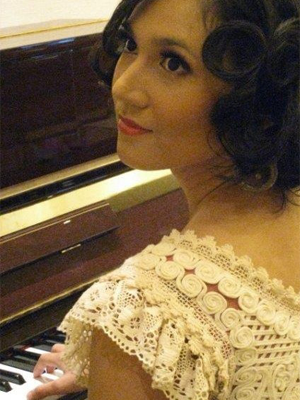 Irsa started her musical journey at the age of four through classical music. In her teen age jazz really 'distracted' her, and curiously she started to learn playing it.
She is now a professional musician in Indonesia. She performs a lot at festivals, concerts, musicals, special events with her Shadow Puppets Quartet, Bandanaira duo, as well as a session player.
Not only performing, she is also arranging and composing.
Music has brought her to many other countries such as East Timor, Australia, Japan, Singapore, Malaysia, Brunnei Darussalam, Italy.
With her groups, she has already released 5 albums. She is also featured in many albums of Indonesian well-known artists.