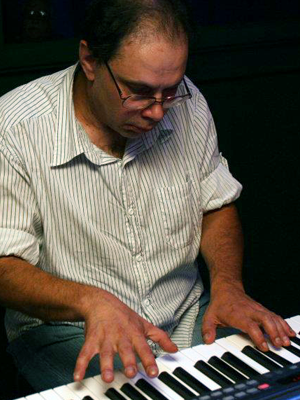 “I started to play piano at the age of six. Completed music school and music college, both in Norilsk. Started to play professionally in 1979. In 1992 moved to Australia, Melbourne, where continued to play with different bands. Also created my own band 'Juggle' in 1998, we played mainly fusion, latin jazz, etc. (original music). I took a part in numerous Australian jazz festivals. In 2011 moved to Italy, Milan. At the moment I'm playing with Ezio Zingrini Group - fusion, latin, jazz, etc., and my own trio 'Clump' - we're playing lots of jazz standards (but in very different way), other good music in jazzy style and my own compositions.”