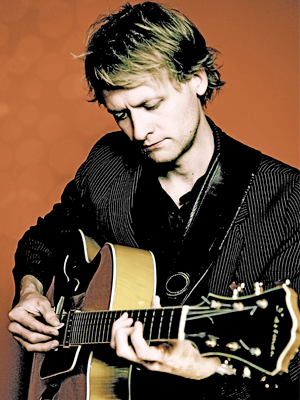 Твитнуть
Нравится
Kristian Borring (guitar, Denmark)
“[Kristian] not only favours a fleet-fingered, hip swinging, soul-bop but draws as well from the subtle, gentle lyricism of guitarists such as John Abercrombie and Pat Metheny.”
Selwyn Harris, Jazzwise