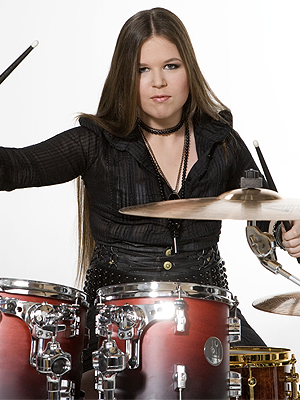 Mariliis (born 1990) is an estonian drummer, who began her drum set studies in 2000. In 2004 she was already actively playing in a funk-rock group named Funktion, with whom she received a „Best drummer“ title at WintFest concert.
In 2006 Mariliis joined a rock ensemble called Cramp. The band toured in Estonia and had a brief project in Belgium. Cramp also issued an LP called „Tuld!“ (2008). Further work includes more jazz and progressive music performance.
In 2012 Mariliis graduated from Tallinn Georg Ots Music School in drumset studies. She has also been teaching drum set and band lessons at Rocca al Mare School since 2009. Mariliis is an endorser of Bosphorus Cymbals and Natal Drums. For more information visit