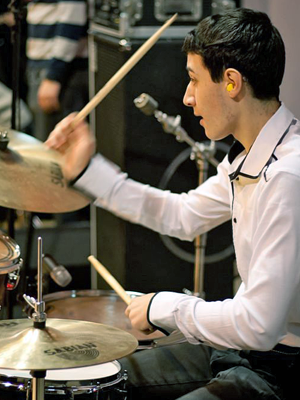 I’ve been studying music since I was 4. I started playing drums when I was 7. I finished school named after Kim Nazaretov, when I was 10. Currently I am studying in the Netherlands (Groningen). I’ve played with such musicians as Peter Beets, Alex Sipiagin, Robin Eubanks, Igor Butman.
I won the “Drummer Of Tomorrow” contest. I won the second prize at the 7th International jazz contest. I play in numerous ensembles.