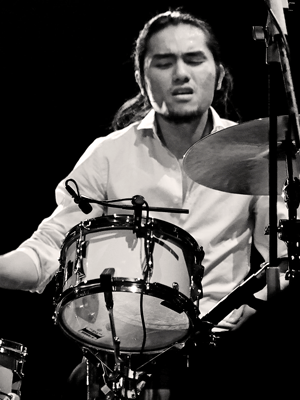 Sandy Winarta is Indonesian jazz drummer, who developed good musical ears by playing piano from early childhood. He can hear a melody line or harmony once and then just play it. It gives him an ability to feel the dynamics of musical pieces and to catch the beats immediately, playing drums.

He finished the Australian Institute of Music in Sydney, worked as a drummer for many TV shows such as the Indonesian Idol and Asian show, etc for 3 years. He’s been involved in numerous recording sessions and live performances with many different artists and musicians in different musical genres. He also performed in Canada, China, Australia, Malaysia, Vietnam with different artists and orchestras.