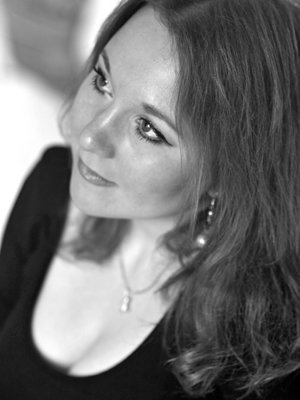 Tamara was born in Odessa.Since she was a child she was surrounded with the sounds of music and that is no suprice,because both of her parents are musicians,sibcerely devoted to the music.
From 2003-2007 Tamara was studying in the Musical College in Odessa (jazz vocal and piano)
Already in spring of the 2008 the band with Tamara as the leading vocal wins 2nd price on international contest of young jazz bands.Tamara herself wins ''special price for the best vocal''.
From this moment her creative and concert career begins.The same time she gets acquainted with remarkable jazz pianist of Ukraine U.Kuznecov,this collaboration leads to mutual creative experiments,which are hightly appreciated by the audience in Odessa,Kiev,Lvov,Sevastopol,Kharkov,Kherson,Koktebel,Sumi (Ukraine),Varna (Bulgaria)
Interesting that in these years of studying in Musical College Tamara was invited to the unique Big Band of the south of Ukraine.And since 2005 none of the concerts took place without her participation in it.
From October 2010 Tamara Lives in Germany and study in Cologne.
From 2012 taking part in German national Jazz Orchestra (BuJazzo)

View full version on Youtube channel
Tamara Lukasheva (vocals, Ukraine)
“Since she was a child she was surrounded with the sounds of music and that is no surprising, because both of her parents are musicians, sincerely devoted to music.”