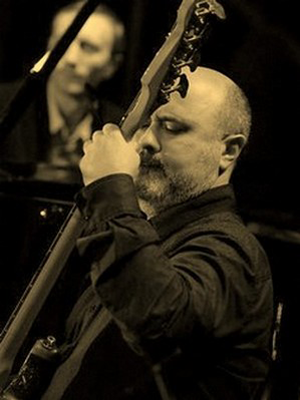 Very experienced bass-guitarist, who has been playing in various Odessa jazz ensembles since 80’s of the previous century. He had an opportunity to play with musicians in clubs of Valparaiso, Bangkok, New-York during the decade-long period of working on cruise ships. Lately he is a member of Alexey Petukhov Trio, with which he participated in numerous concerts and festivals in Ukraine and abroad, and also collaborated with such well-known musicians as Grace Garland, Chanda Rule, Ray Brown Jr., Kevin Mahogany.