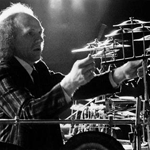 Finding a partner not playing ahead, not behind, but together with you — it is worth much.

Our trio Ganelin—Tarasov—Chekasin was formed not on the instrumental principle, but on the principle of mutual understanding and common musical interests. We were united by the love for music and the desire to create something of our own, to push the envelope.

I am very happy that finally this brilliant idea sprang up: to organize the Master-Jam-Festival, which enables musicians to not only find worthy partners, but also to have the opportunity to open up their space and to realize their ideas in the company of like-minded. 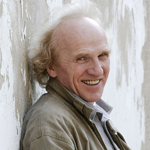 Since 1968 he has lived and worked in Vilnius, Lithuania. For many years Tarasov performed with the Lithuanian Symphonic Orchestra and other symphonic, chamber, and jazz orchestras in Lithuania, Europe and the USA.

From 1971 to 1986, Tarasov was a member of the well-known contemporary jazz music trio — GTC (Viatcheslav Ganelin, Vladimir Tarasov, Vladimir Chekasin). With the Trio and many other artists and orchestras he has recorderd more than 100 records and CDs including numerous solo performances.

He has taught and given lectures at the Podewill Center in Berlin, the Music Academy in Bremen, and the Academy of Art, Orleans (France); the Kunst Akademie Düsseldorf; the Art Academy, Vilnius; the Art Department at California State University, Sacramento; the Department of Music at the Universtiy of the Pacific, Stockton, California; and at the Institute for Studio Studies in conjunction with the Yale University Summer Session in Pont Aven, France.
In 1993 — 1994, he received a grant from the Akademie Schloss Solitude, Stuttgart (Germany); and in 1998 from the Civitella Ranieri Center in Italy. He is the author of the book, «Trio», published by «Baltos Lankos» publishing house (Vilnius, 1998), and «Tam Tam,» published by «NLO» publishing house (Moscow, 2009).

In 2009, Vladimir Tarasov received the Triumph Prize in Moscow: Russia’s independent prize for the highest achievements in literature and art.

Mr. Tarasov has performed with such musicians and artists as Andrew Cyrille, the Rova Saxophone Quartet, Anthony Braxton, Lauren Newton, and Josef Nadj.